Learn about some of the key building blocks needed to develop intelligent machines. This one-day, online interactive event will give you experience with machine learning, voice recognition and computer vision. 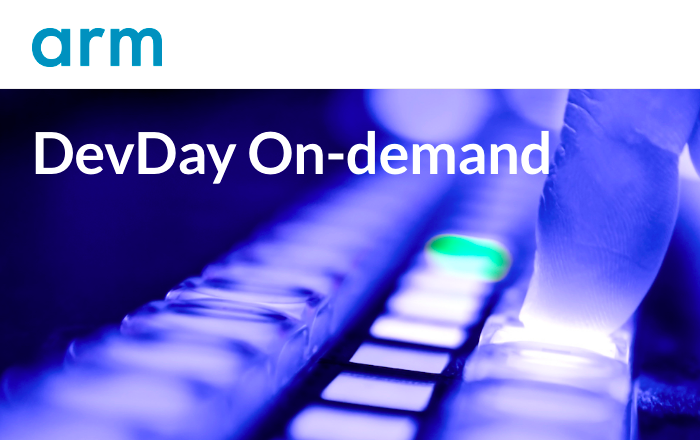 Discover how to do edge computing everywhere

This online event is brought to you by the Arm Innovator Program and Hackster.io

Voice controlled systems are at the forefront of technological innovation today. During this workshop you will be introduced to the MATRIX Creator, a versatile Internet of Things (IoT) development board. It was built with the mission to give everyone a complete, affordable, and user-friendly tool for prototyping and creating the next IoT device.

Innovator workshop: Learn how to use the MATRIX Creator to unleash the power of voice recognition

Deep learning algorithms are gaining popularity in IoT-edge devices due to their human-level accuracy in many tasks, including image classification and speech recognition. This creates increasing interest in deploying neural networks (NNs) on low-power processors found in always-on systems, such as those based on Cortex-M microcontrollers.

This tutorial will show you how to run image classification on an Arm Cortex-M microcontroller using CMSIS-NN, a library of optimized software kernels for running NNs on Cortex-M cores. This demo will take advantage of the flows optimized by OpenMV.

Learn how to build a solar charging, battery powered, developer platform powered by a 96Boards Arm single board computer with Designer, Gabriel Peterson. With the addition of an LTE and sensor mezzanine, this device is also capable of remotely monitoring environmental conditions.

This platform also contains a miniNodes small carrier board holding 5 Raspberry Pi Computer-on-Modules. These additional compute modules enable you to run small, specialized workloads or containers that can be remotely deployed to the box. This development platform can remotely be managed and updated in all conditions.

Electronic prototyping time and cost for small businesses and makers is limited by lack of personal access to SMT assembly technology. Affordable PNP machines are available to serve this market, but lack refined, localized and easy to use software. 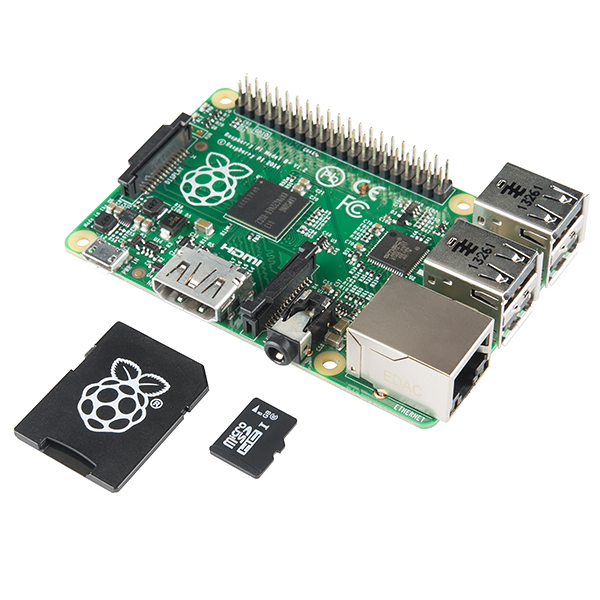 In order to participate in the hands-on Innovator Workshop with MATRIX Creator, please make sure to have the following hardware. 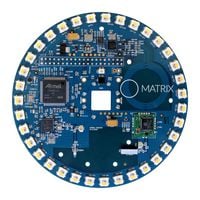 Fully-featured IoT development board based on an Arm Cortex-M3 CPU, that also includes a Xilinx Spartan FPGA, sensors and wireless capabilities. 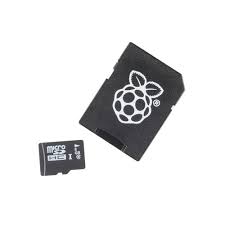 Note: In order to follow the workshop please make sure to have an SD Card (at least 8GB) to pre-load with this

Dr. Hindi is the CEO at Snips, the first decentralized, private by design voice assistant.

Dr. Rand Hindi (@randhindi) is an entrepreneur and data scientist. He is the CEO at Snips, the first decentralized, private by design voice assistant.

Rand started coding at the age of 10, founded a Social Network at 14 and a web agency at 15 before getting into Machine Learning at 18 and starting a PhD at 21. He has been elected as a TR35 by the MIT Technology Review, as a "30 under 30" by Forbes, and is a lecturer at Sciences Po in Paris. He was previously a member of the French Digital Council where he focused on AI and Privacy issues.

He holds a BSc in Computer Science and a PhD in Bioinformatics from University College London (UCL), as well as two graduate degrees from Singularity University in Silicon Valley and THNK in Amsterdam.

Nick Ni is the Director of Product Marketing, AI and Edge Computing for Xilinx.

Ni joined Xilinx in 2014. Prior to Xilinx he held multiple roles in R&D and applications focusing on embedded system design and high-level synthesis at ATI, AMD, Qualcomm, and Altera.

Chris Anderson is the CEO of 3DR.

Chris Anderson is the CEO of 3DR, founder and chairman of the Linux Foundation's Dronecode Project, and founder of the DIY Drones and DIY Robocars communities, including the ArduPilot autopilot project.

From 2001 through 2012 he was the Editor in Chief of Wired Magazine. Before Wired he was with The Economist for seven years in London, Hong Kong and New York. He's the author of the New York Times bestselling books The Long Tail and Free as well as Makers: The New Industrial Revolution.

Nisha Panjabi is a Program Manager at Google Cloud.

Nisha Panjabi is a Program Manager at Google Cloud. Nisha works closely with the machine learning team on the early stages of new AI products and has helped successfully kick off several new products in the last year.

After graduating from the University of Arizona with a BA in Economics she explored several different career paths and eventually decided the tech industry is where she would flourish. Nisha has been with Google for a year. She started off as a sales representative and has recently grown into her current position as a program manager.

Alasdair Allan is a scientist and researcher who has authored over 80 peer reviewed papers, eight books...

Alasdair Allan is a scientist and researcher who has authored over eighty peer reviewed papers, eight books, and has been involved with several standards bodies.

Originally an astrophysicist, he now works as a consultant and journalist, focusing on open hardware, machine learning, big data, and emerging technologies — with expertise in electronics, especially wireless devices and distributed sensor networks, mobile computing, and the "Internet of Things.” He runs a small consulting company, and has written for Make: Magazine, Motherboard/VICE, Hackaday, Hackster.io, and the O’Reilly Radar. In the past he has mesh networked the Moscone Center, caused a U.S. Senate hearing, and contributed to the detection of what was—at the time—the most distant object yet discovered.

Rodolfo is a serial entrepreneur productizing complex technologies. AdMobilize is a machine intelligence technology company reimagining humanity's relationship with the physical world. Joined by a brilliantly diverse team of 35, the company is recognized as one of the most promising companies revolutionizing the convergence of artificial intelligence, hardware, and software.

AdMobilize operates in two units: AdMobilze connects the physical world to the online grid by utilizing proprietary instant-detection computer vision and artificial intelligence technology for smart cities and retail businesses. The second business unit is MATRIX Labs that creates a brand-new app economy anchored on IoT and the democratization of artificial intelligence. MATRIX Labs is the brand behind MATRIX Creator and MATRIX Voice.

For over a decade, David supported advanced users in the hosting and dedicated server industry.

If all these small devices run on Arm, and are communicating with servers in the Cloud, then why not simply have Arm servers on the other end processing that data and powering the Cloud?

miniNodes exists to evangelize Arm servers, and prove that not every application requires big, expensive, power hungry servers. The home automation hackers, IoT developers, Raspberry Pi enthusiasts, and casual coders of the world can get by just fine on a cost effective yet capable single board computer, functioning as a server.

Kwabena is a computer chip designer by trade who enjoys helping people solve computer vision problems in the real-world.

The goal of the OpenMV Cam project is to enable designers to put cameras into any product with minimal effort and be able to treat the whole camera/processor subsystem as just another sensor in a project or device. Previously, Kwabena developed the CMUcam4 as an undergraduate at Carnegie Mellon University before helping to had it manufactured in Asia, and sold in over 500 retail locations in three countries.

Laura is a former SoC engineer who now spends her time mentoring start-ups in the wearable and AI space.

Laura is a former SoC engineer who now spends her time mentoring start-ups in the wearable and AI space. Laura is the co-founder of MbientLab, a wireless sensing solution provider used for product development, research, location and people tracking, asset and cargo monitoring.

Developers can use the platform to build a fitness tracker, monitor cold cargo, conduct medical trials, build a smart running t-shirt, or to simply send raw accelerometer data to the Cloud!

Victor Mayoral Vilches is an engineer who has specialized in robotics, and has experience leading research initiatives and projects in the fields of robotics and artificial intelligence.

Victor Mayoral Vilches is an engineer who has specialized in robotics, and has experience leading research initiatives and projects in the fields of robotics and artificial intelligence. Mayoral was selected in 2017 as one of the ten most innovative individuals under 35 in Spain by the MIT Technology Review for his work around modular robots. Supported by DARPA and SONY, Víctor and his team created a common infrastructure for robot components that allows to "standardize" the system integration process in robotics named H-ROS, the Hardware Robot Operating System.

Today Víctor is CTO of Acutronic Robotics where he manages the scientific and technological development of the company, acts as a technical advisor for several robotics companies and holds the ISO national expert position representing Spain in new standards for robots.

This event is brought to you by the Arm Innovator Program that supports Arm’s global ecosystem of developers—talented individuals building innovative solutions to transform the way we live and work. Click here for more information about the program. 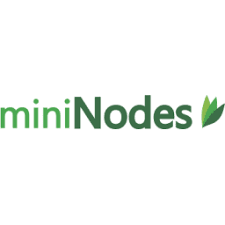