Hackster is offering a 10% discount on A Primer on 5G course hosted on 5G-courses.com and taught by Industry expert, Professor Mischa Dohler.

This course covers the Why? How? and Now What? of 5G in sufficient depth so that you are able to understand the features of 5G and how it will transform your business. This course will give you the necessary understanding of a complex, but truly exciting ecosystem.

This course is a self-paced, online course that will take 1-2 hours to complete. 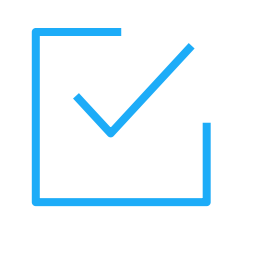 In this course you'll:

Get a sneak peak into what you will learn during A Primer on 5G course sessions.

Mischa Dohler is full Professor in Wireless Communications at King’s College London, driving cross-disciplinary research and innovation in technology, sciences and arts. He is a Fellow of the IEEE, the Royal Academy of Engineering, the Royal Society of Arts (RSA), the Institution of Engineering and Technology (IET); and a Distinguished Member of Harvard Square Leaders Excellence. He is a serial entrepreneur; composer & pianist with 5 albums on Spotify/iTunes; and fluent in 6 languages. He acts as policy advisor on issues related to digital, skills and education. He has had ample coverage by national and international press and media.

Professor Dohler is a frequent keynote, panel and tutorial speaker, and has received numerous awards. He has pioneered several research fields, contributed to numerous wireless broadband, IoT/M2M and cyber security standards, holds a dozen patents, organized and chaired numerous conferences, was the Editor-in-Chief of two journals, has more than 200 highly-cited publications, and authored several books.

He was the Director of the Centre for Telecommunications Research at King’s from 2014-2018. He is the Cofounder of the Smart Cities pioneering company Worldsensing, where he was the CTO from 2008-2014. He also worked as a Senior Researcher at Orange/France Telecom from 2005-2008.

The Primer on 5G Course is offered by our partner 5G-courses.com. When purchasing this course you will create an account on 5G-courses.com and access the course using that account.

HOW LONG DO I HAVE ACCESS TO THE COURSE?

You will have access to the course for 6 months from the day of purchase.

WHAT SHOULD I KNOW BEFORE TAKING THESE COURSES?

A general understanding of Wireless Systems is recommended before taking this course.

IS THIS COURSE PROVIDED BY HACKSTER?

DO I HAVE TO PURCHASE ANY HARDWARE OR SOFTWARE?

No, this course is a primer to 5G and is informational in nature. You will not need any hardware or software to attend this online course.

If you have any questions regarding this course you can contact 5G-courses at info@5G-Courses.com.